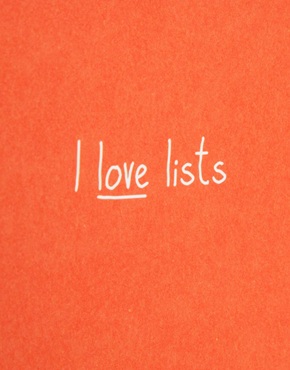 14 Questions that Zamboni Drivers are Sick of Answering: A Critique of Lists

Lists! The Internet loves lists. If you have something to say, and you want people to read it, put it in list form… and add a few GIFs.

Teachers, you might want to consider framing all of your lessons this way. This formula is fail proof.

Admittedly, I too have a fondness for lists.

But, there is one particular genre of lists that are making my eyes roll pretty hard these days…

Lists that instruct us how *not* to talk to people. Here are some examples:

“12 things not to say to new parents”
“6 things that childless people hate to be asked”
“20 things not say to a pregnant woman”
“14 questions that Zamboni drivers are sick of answering”
“Never ask a PhD candidate any of these 10 questions.” (#1-10 – “When are going to be done?”)
“10 things not to say to teachers” (#6. “Have you considered framing your lessons using lists?”)
“4 things not to ask a Torontonian”
“8 phrases that should never be said to professional clowns”
“1 thing not to ask a large crane operator” (spoiler alert: it’s “what do you do when you have to pee on the job?” Another spoiler alert:they pee in a Tim Horton’s Cup- this is the only question anyone ever asks them, and I think that it’s safe to assume that they’re getting sick of it.)

It’s not that these lists don’t contain some great advice. It is a good idea not to ask a pregnant woman if it was planned… or who the father is. There’s no doubt about that. And some of them I really appreciate, especially those produced by members of groups that are routinely mis/underrepresented in popular culture/politics, and who systematically face the same ignorant and deeply hurtful comments and intrusive questions every day.

do we really need The Huffington Post, Buzzfeed, or those hyperbolic saps at Upworthy (“You’ll never believe the Four questions that will drive every Librarian to the brink of suicide!”), to tell us how not to be an asshole in every specific social situation?

Ok, so I know what not to say to a trombone player, but now I’m speaking with a flautist. How do I navigate this social situation? Shit, I’m really going to fuck this up… and I can’t find a list to guide me. Maybe I’ll just ask her if her disproportionately hefty upper arms help or hurt her fluting. Yes, that seems like a safe bet. ”

I think that I find these lists annoying because we have to accept that we are going to be offended, and be in a position where we are forced to answer annoying questions, repeatedly. This is part of life. We cannot possibly expect that everyone we interact with should have considerable knowledge about who we are, and intuitively know each of our personal triggers.

I am a bitter, underemployed feminist, which means that for me, feeling offended is my baseline emotion. When I’m happy, I’m happy AND offended. When I’m excited, I’m excited AND offended. When I’m hungry I’m… mostly just angry. And if I started to write a list of things not to say to an underemployed feminist, I don’t think that I would every finish it…because it would be huge… and probably my next post.
When people write, repost and share these lists, I feel like they are saying ‘All of you are now responsible for dealing with the annoyances, sensitivities and insecurities that I am experiencing in a particular role that I have taken up in my life.’  Don’t put that on the rest of us, you need to find a way to deal with that.

Perhaps there is something to be said for feeling a little offended sometimes. I come up with some of my best ideas when I’m feeling offended, but then again, as I said, I’m never not experiencing offense. Feeling offended is like breathing air at this point.

And another thing, shared offense is the most solid foundation of any relationship. If the same things get you riled up, you will be friends for life.

I concur. In addition, another thing that annoys me about the proliferation of lists is that they seem to double as pop-culture psychology rather than humor that should not be taken seriously. Instead, everyone who finds a list funny and believes they relate now feels they have deep insight into the psyche of some category of person.

P.S. My favorite quote from this post: “I am a bitter, underemployed feminist, which means that for me, feeling offended is my baseline emotion. When I’m happy, I’m happy AND offended…”