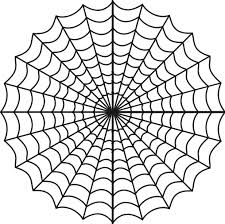 So I have this other dear friend, and I say this with great affection and endearment, who is gifted at creating convincing and thorough alternative narratives – she is an absolutely fantastic liar.

Pegs is probably the most intelligent, intuitive, exciting and devious human that I know. She is ambitious, but she can work a couch for hours.

While there are many stories that I could tell to illustrate her character, I think that I can convey a great deal of her in the following anecdote.

Pegs and I had just finished the first semester of our Masters programs. I was working on an MA, and she was doing her MBA (because she’s smart like that).  While my classes started up the second week of January, hers’ began during the first week. But, not surprisingly, she felt it was best to spend that extra week with me. We would sit on her parents’ couch, eat their expensive food, and drink their booze, while ordering an inappropriate number of romantic comedies on their bill. It was fantastic.

By the second week, Pegs felt ready to go to her night class, and since I was done for the day, I tagged along. Once we arrived at the University, she performed her usual pre-class routine, which involved smoking not-a-cigarette.  This always impressed me. I would not dream of going into one of my small, intimate, intellectually demanding, participation driven, competitive graduate classes if I had just smoked not-a-cigarette.

We then entered the building where her class was held, and we were hanging out with some of her peers. Many of them were interested in knowing where she had been the previous week. Their curiosity took on a cynical tone. MBA students were much douchier than my Sociology peers. But… much, much cleaner. And, they had brief cases. And they wore blazers.

Having maybe had a little of the not-a-cigarette myself, I was a little out of it, because I don’t usually have any not-a-cigarettes. So, when Pegs started to explain to this particularly competitive and nosey girl that she wasn’t in class the previous week because she had presented a paper in a panel she organized for a conference about ‘Gothic Feminism’ in Montreal, I was a little confused. I thought to myself, “that sounds awesome. Why didn’t I go too?” As I began to realize that she could not have possibly been in Montreal that week because her and I spent the last week gorging together, I could hear here elaborate further; “In my talk I argue that the zeitgeist of the 1970’s brought for literary feminists a sense of instability and change that transformed itself into perfect storm, so to speak, for the emergence of the ‘Gothic Feminist’ genre as we know it…”

She was lying!  But, it sounded so convincing. In 2004 you couldn’t just toss “Montreal Gothic Feminist Conference” into the google box, and collect enough evidence to prove dishonesty. So, lying about events was much easier.

At that moment I gained a lot of respect for Pegs. I realized that so much calculated thinking went into that narrative. Since her undergrad was a double major, in business and English, her ridiculous computer of brain was able to quickly throw on a different (ridiculous looking) hat, and dazzle this one-dimensional biz student with her firm grasp of literary discourse. Having me, someone who could clearly disrupt this narrative at any point didn’t faze her, because she knew that she could trust me to support her performance, and at the very least remain complicit in her tale.

This anecdote not only reveals her brilliance, but also says something about the nature of our friendship—she trusts me enough to tell a bold-faced in front of a group of people and know that I will not sell her out.  You cannot challenge this friendship with any prisoner’s dilemma buffoonery.