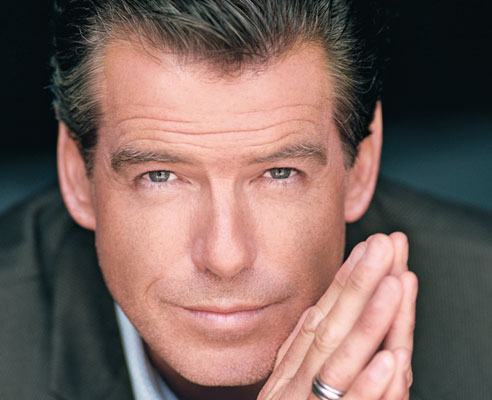 I have this other friend, who I’ll call Marcy Runkle, mostly because she reminds me of Marcy Runkle. Marcy and I have been friends for a long time… since the early 90s. She’s fun, smart, and conscientious but very occasionally can be a little reckless and impulsive. And although she is normally pretty intuitive when it comes to understanding people, their relationships, and their intentions, there have been times when her definition of a situation is so divergent from my own- and in fact, everyone else’s- that I sincerely doubt her ability to rationally assess any social context. I’m going to share with you one such instance.

Marcy has always had a soft spot for older guys. When I was younger, I might have even called it a “fetish”, which is kind of jerky. If we were out on a Friday in our early 20s, it would be the “after work” guys wearing suits in their 30s and 40s that would catch her eye. While we were trying to get our night started, they would be trying to peel themselves away from the pub, probably to feed their kids, and walk their dogs. Looking back, all of these men would make terrible partners. Anyways, she had a thing.

It should be mentioned that Marcy is a professional. She works hard and takes her career seriously.

One day a few years back, she gets a call from Pierce Brosnan to come see him in his office (that’s not actually his name, but that’s how she describes him physically, and I’m happy to picture him like that). Anyways, he’s a handsome older man in his early 50s, and Marcy has always had the feeling that he found her attractive (women know these things…  or at least they think they do… but, most likely it is the case that my friends think that everyone finds them attractive). In any event, she found him attractive too.  Pierce is also the VP of a large company. Marcy heads down to his office, knocks on his door and walks in. What happens next is one of those instances where her definition of reality is dubious, to say the least.

She proceeds to tell me about it later that week:

Marcy: “When I walked in, I immediately noticed that Pierce’s nipples were rock hard” (smiling at me, like this is supposed to mean something to me).

Marcy: “No, his blazer was hung up on the other side of the room. Obviously, when he knew that I was coming down, he took it off, and tweaked his nipples until they were both hard, and prominent in his dress shirt.” (Looking at me like I should have taken this fact for granted, and slightly annoyed that she had to explain it)

Me: “Why? Why would you think that this happened? How is your conclusion even a little bit logical?”

Marcy: “It’s his classic old timey moves. Women of a certain age would have found this attractive. It’s like a display of his virility.”

Me: “The words that you are saying are nonsense. Where are you getting this? Did your mom tell you that? Are you sure that we are talking about straight men seducing straight women? (I’m exasperated, but so totally amused) Fine, then what?”

Marcy: “We went to lunch and he basically offered me a job.”

Me: “That’s amazing. Congratulations! When do you start? It might be awkward when you’re trying to get work done, while distracted by his raging manly nipple erections.”

Marcy: “I had too much wine at lunch, and in my head I told him that ‘I’m flexible’, but my mouth actually said, ‘I’m flexible… in more ways than one’… and I might have winked. You know I get heavy lidded when I drink. Needless to say, I’m not working for him.

Me: “So are you willing to admit that maybe he wasn’t trying old timey moves on you, and was perhaps a little cold, and the lunch was actually a business lunch motivated by an interest in you as a professional?”

Marcy: “Nope. But, now when I see him I give him sex eyes just to make him uncomfortable.”

Clearly, this is ridiculous, and the conversation perfectly illustrates her occasional inability to interpret simple social cues. It could even be that her brain is biased towards seeing sexy results. I am not sure why it sometimes goes so wrong for her.

Often, a some measure of time elapsing is required in order for us to understand any event with better clarity. I think that’s actually the point of History. So, when I recently asked Marcy about this ‘business meeting’, I was expecting her to have a more rational and accurate perception of the whole thing.

I was wrong. In fact, when asked, she said (and I am literally pasting this from a message): “I still think my assessment is accurate. He just got scared.”

I am sure that he was scared, extremely so.

Come on, how is her argument illogical? All I’m saying is that there is a chance the ice cube nipple trick happened. Male mating rituals can be as equally manufactured as female ones…and there might have been a mini bar in his mahogany office where said ice cubes would have existed!

This is a true story. Guys don’t try this at work.
Truth be told, I was trying out the nipple technique for the first time and was just flabbergasted at the results to the point of being stunned. I didn’t know what to do other then to go to a public place and offer a job to try and diffuse the situation… The “I’m flexible” comment, put me over the edge and I panicked. With great power comes great responsibility.

To be clear: Nipplegate and the lunch did not happen on the same day. A lot of tension built up between those 2 meetings and EXPLODED at a Moxie’s in Markham.

Your main point is correct. After all, I tolerate your stubborn use of rediculous, which itself is the definition of ridiculous.