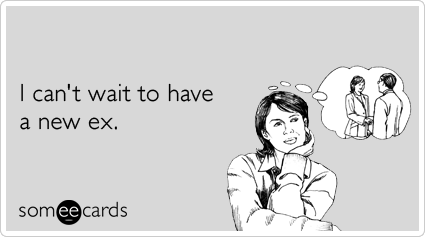 “I’m Picky” is the single most annoying reason you give for being single.

You’re single. You’ve been single for a long time. That’s fantastic. I think that singlehood is great, and I sincerely admire people who can stay single for lengthy periods of time. I think that it requires a lot of independence and introspection.

I’ve never been good at being single. In fact the longest I’ve ever been able to sustain singlehood is about 3 months. When I am single, ‘single’ annoyingly becomes my primary identity. I probably drive my friends nuts with relentless declarations of my single identity. Starting sentences like, “As a single person, I….”, or “Now that I’m single, I…”  In fact, I would often find myself pausing for effect after telling people that I was single. I do the same thing when I tell people that I’m 33, expecting surprise and shock from my co-converser. I also tend to drink too much and take great satisfaction in receiving attention from way too young men… that might actually be a constant for me, but it is absolutely exacerbated when I’m unattached.

I used to think that this fact was the result of all sorts of psychological and social pathologies that I couldn’t even begin to understand. Now that I think about it, I probably have to be in a relationship to be tolerable to my friends, because, as I am just now realizing, I am an annoying asshole when I am unattached. I also have an “annoying” tendency to make out with their brothers, which tends to express itself when I am single.  So, really, if I want to keep my friends, I need to be romantically committed because their thresholds for dealing with my shenanigans is likely pushing its limit at three months.

But, it wasn’t really my intention to talk about me (my mother’s right when she incessantly tells me, “not everything is about you”). I want to talk about you, the single person (I am actively hesitating from using the term ‘chronic’ as an adjective, because singlehood is not a disease).  I have a bone to pick with those of you who tell me that you’re single because you’re “picky”.

“Picky” is a gross word.

When you tell attached people that you’re single because you’re “picky”, you are basically saying “I’m above that lowered expectations shit that you’ve got going on.”  Seriously, it’s insulting. Stop it. Even if you believe that it is true, stop saying it out loud, because you sound like an asshole. I don’t blame you for feeling obliged to manage the stigmas around being single, especially if you are a woman. It isn’t your fault that our culture frames single women in their 20s-40s as pitiful maladjusted creatures. If you don’t believe that this stigma exists, just look at the covers of the tabloids at the grocery store; on any given week, you will see a rich, famous, successful and beautiful woman being depicted as “alone”. We are supposed to pity her. Jennifer Aniston had more than her fair share of this bullshit. So, yes, being a single woman demands stigma management; it is sexist and awful. But, please find more creative ways of dealing with that stigma without being a dick.

So *if* I understand correctly, you have a bone to pick with people who give an annoying response to an annoying question? I have a friend who would consider that blaming the victim. Under these circumstances, I’d say only thoughtful questions deserve thoughtful responses.

Your friend sounds smart and pretty.

She is! And I hear she’s very good too.