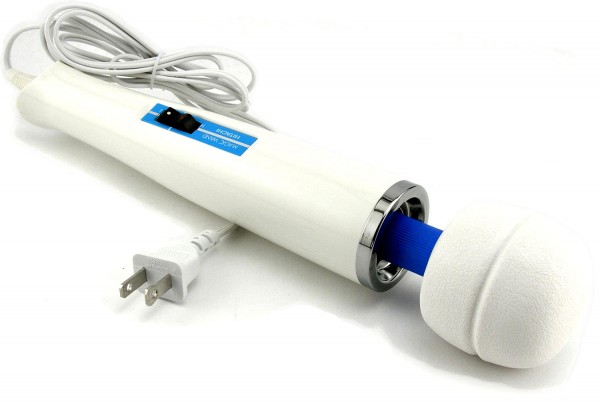 Masculinity and Sex Toys… My first ever NSFW post!

Ok, since I write under a pseudonym, I feel reasonably safe talking about something that is a little taboo, and perhaps a little sexual in nature. I need to preface this post in two ways. First, my perspective is not necessarily produced by my own experiences. Rather, since I have a slew of open-minded, loud mouthed lady friends, consider this post to be based on my informal ethnographic research on these wonderful women. Second, this post is 100% heteronormative, and I am fully of aware of that.

So, I want to talk about vibrators. Specifically, I would like to ruminate about the relationship between vibrators and masculinity in heterosexual sex encounters.  As a feminist (which I am, btw), I have an interesting relationship with them. It is pretty much general knowledge (thanks in part to the 2011 film, “Hysteria”) that vibrators were used to treat ladies’ sexual “dysfunctions”, in a very problematic, patriarchal and medicalized manner. Nonetheless, many women today have grown fond of these little devices.  While many of them use them solo, they are also used in dyadic sexual encounters, in the role of what could be considered a ‘little helper’.   I would argue that the inclusion of these little guys has given way to a classification of straight dudes that goes something like this:

This guy genuinely feels usurped or slighted by the vibrator’s sexy cameo.  When he looks at this little piece of plastic (or rubber, or metal, or whatever), he genuinely feels that he isn’t enough for his female partner, and that she is undermining him when invites little ‘Justin Beaver’ out for an evening.

Needless to say, he also might be likely to exhibit irrational signs of jealousy in other contexts, like bars and such social settings, where the threat of other presumed penises (they’re usually not overtly visible in social settings, so they are presumed) is present.

He doesn’t perceive this object to be something that can aid him in having some creative fun with his lady, he sees it as his replacement, and he’s happy about it.  No longer does he have to develop his sexual repertoire, because now they have robots to do that sort of thing.

He might not exhibit jealousy in other social situations, but he probably won’t rub your back without being asked, or enjoy intellectually stimulating conversations with you either. He’d probably prefer to watch an entire season of something on Netflix next to you on the couch. And that can actually prove to be a pretty relaxing evening.

You may also find that this guy multifaceted and is curious and open minded about the world. He’ll probably be open to trying any type of food, and adventurous when it comes to your social life.

I post this realizing that this typology is not perfect. But, the point I’m trying to make, if any at all, is that our politics follow us into the bedroom, and they follow us out of the bedroom. I think that the way that het men interact with sex toys has the potential to reveal thing about his personality in terms of how he views the world, and his partner. Think about it!

That was a little Cosmo-esque, admittedly.

The guy that gets “it”

I think you nailed it. They are either for it, neutral, or against it. Awesome post DS!

P.S. they should consider giving them side kick names. Ie. “Robin” as is Batman and Robin lol

Maybe another category could be “the guy who gets too into it.” This is the guy who wants you to use it on him. A lot. Maybe even too often. Eventually your toy becomes his toy. Fucking men take everything!