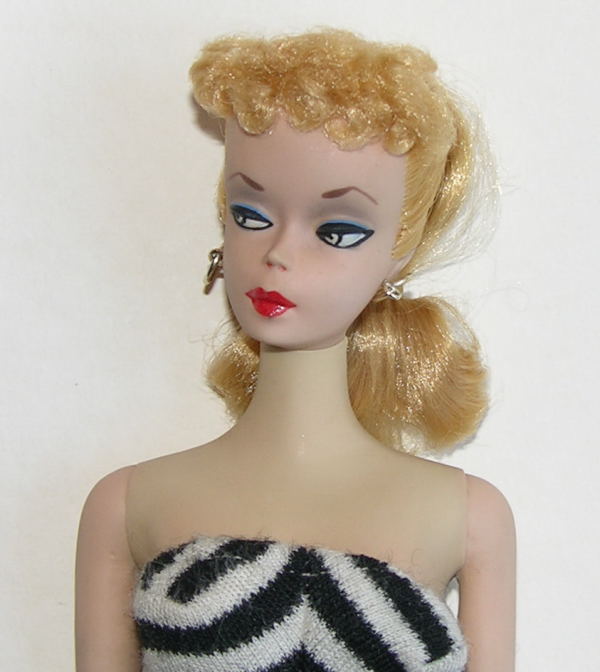 Why I’ll Probably Never be a Mother

I’ve never really been interested in having kids. I like children, and especially enjoy them during the pre-socialization age… not like a newborn, who isn’t aware of the world around them. They don’t even know that you’re there. I find no pleasure in interacting with creature that doesn’t know where she or he ends and I begin. But from 6 months on, they are hilarious. I feel like I’m watching humans in their natural state. They’re uninhibited like miniature drunkards… they stumble around, spew absolute nonsense, and approach strangers with outrageous opening lines like “I farted”, then they pass out in the dinner plates. They do all of this, and somehow avoid the obligatory morning text apologizing to all of their friends and family in the morning. They don’t need to ask “how did I end up in bed?”, because they don’t care.

When I was little, I had Cabbage Patch dolls, and loved them. But, I always liked to play the role of ‘aunt’ or ‘babysitter’ instead of ‘mommy’.  But, my preference was for Barbie Dolls over baby dolls. Those problematic little figures were much more fun.  Barbies had clothes, friends, properties, cars, boobs and an R.V. Her life was so much richer and complex than my Cabbage Patch Kid’s.  So, even from early on, motherhood was not something I ever wanted… maybe vaguely, in “at some point in the distant future” kind of way.

By my teens I became more resolved in my decision not to have children. Although I didn’t know it at the time, I think that a pivotal point for me was when I discovered a stack of Ob-gyn text books in my Grandmother’s basement.   She was a nurse during the 40s and 50s. These books were full of pictures of diagrams featuring crowning vaginas and forceps. There were perverse instructions about shaving off the mom-to-be’s pubic hair (this was the early 90’s, when pubic hair was the ‘norm’, so the sight of these hair free vaginas was jarring).  These faceless pubic hairless women in the textbook appeared to be passive, exposed, and absolutely degraded. Of course at that time, it didn’t occur to me that medicine might have made some advancement since the 50s.  So, I pretty much pictured myself having the same experiences as women who were giving birth to baby boomers.

Currently, many of my contemporaries are moving on to their second child.  I’ve had sometime to consider it, since I’ve lived through the first round of breeding.  It seems like only yesterday that we were in the abortion phase, but these ladies are pregnant and they have every intention of staying that way for at least 9 months.  So now when people ask me if ever want children, I feel pretty confident when I say “no”.  But, I’m not sure that this is entirely my choice. Those images from my grandmother’s books are still very accessible in my mind. While I know that pregnancy has come to be defined differently by the medical industry (but remains to be pretty troubling in many ways), I still can’t come to see pregnancy and even motherhood as something that isn’t full of oppression and degradation.  What I continue to find particularly oppressive is that women are continually seen as a threat to their fetuses and eventually their children.

First off all, pregnant women are treated like community property; strangers touch them, comment on their size, and offer unsolicited and morally loaded advice.  When they eat, walk, commute, or exist in public, people watch them, and pass judgments (verbally or not) regarding their choices.  Others are already assessing their mothering skills, and the degree to which these women jeopardize the health of their unborn.

Second, after the baby is born she is subject to even more of this bullshit in terms how to feed, change, love and parent the child. One of the most infuriating aspects of this is visible in discourses around breastfeeding. If women don’t breastfeed, they are accused of neglect or even abuse. When they do breastfeed, but do it “too long”, they are subject to similar criticisms. The norms that shape how we as a culture see a “good” mother are stiflingly narrow. Obviously, these critiques come from many different places; the medical community, strangers… and most tragically, other mothers…

The rise of Mother-on-Mother Criticism

So (reality) television portrays women as trivial bitches that simply can’t get along due to their crazy hormones and deep seated hatred of each other. This antagonism is natural and it occurs because there is fundamentally something wrong with women’s feeble unpredictable lady brains. The experts don’t know what it is, but women are delicate, fragile and beautiful, so what can we expect, really?

Right. But, as anyone who is a woman, or has women in their lives knows, this is horseshit. In real life, many women tend to have very supportive long-lasting friendships with each other.  Despite this empirical reality, motherhood in this culture has the power to tear women apart. This is absolutely structural, and not at all the result of hormones or a problematic constitution. As many people have pointed out,  the pressure to fit the ill constructed mold of perfect motherhood comes at the expense of so many other important dimension of life.  In addition to political engagement (“I’m not a ‘Mother First'”, Valenti, 2012) , being generous in our definitions of good mothers is also limited, and this ultimately pits mothers against each other.

Needless to say, I feel like its badass to become a mother. Obviously, pregnancy, diapers, and all of that other stuff are a challenge (obviously). But, what I find most challenging about this role is the hostile culture in which pregnant women and mothers have to exist. And, I’m pissed about this. Maybe I would have liked to be a mother, and in another social context, maybe I would have chosen that role.

So, here’s my unsolicited, morally loaded advice; trust women and be more generous in terms of who you define as a “good mother”.  There’s lots of different ways to be a good mother and parent. Just don’t be a dick.